I’ve decided to start a new series on my blog called “TeacherBoss Hacks”. The plan is to share a tip from my classroom that will hopefully be helpful to other teachers.

Today’s tip is on keeping track of unfinished work.

New classroom, new set-up, new hacks needed. So, I don’t have my orange mailboxes or space for my pocket charts in my current classroom. Instead, I use now and later folders.

The folders are just unfinished work folders with a sticker on each side that says “now” and “later”. When we run out of time for an activity I tell students what side to put it on. Generally, if I plan on grading it, it will go on the “now” side. When students have free time, they work from their “now” side first.

It’s simple, but it keeps even my messiest students organized! 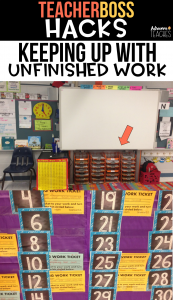 I’m sure many of you have the same problem I do with desks eating classwork. I finally decided to clear out my mailboxes and use them to hold unfinished work. This way I can see if they are missing something and they can’t sneak off to an activity they shouldn’t be at. Also, there are far fewer “black hole” desk problems. One piece of advice, watch them put the papers on the shelves when it is time to clean up from an activity. If the student can sneak it into their desk, it could be gone forever! 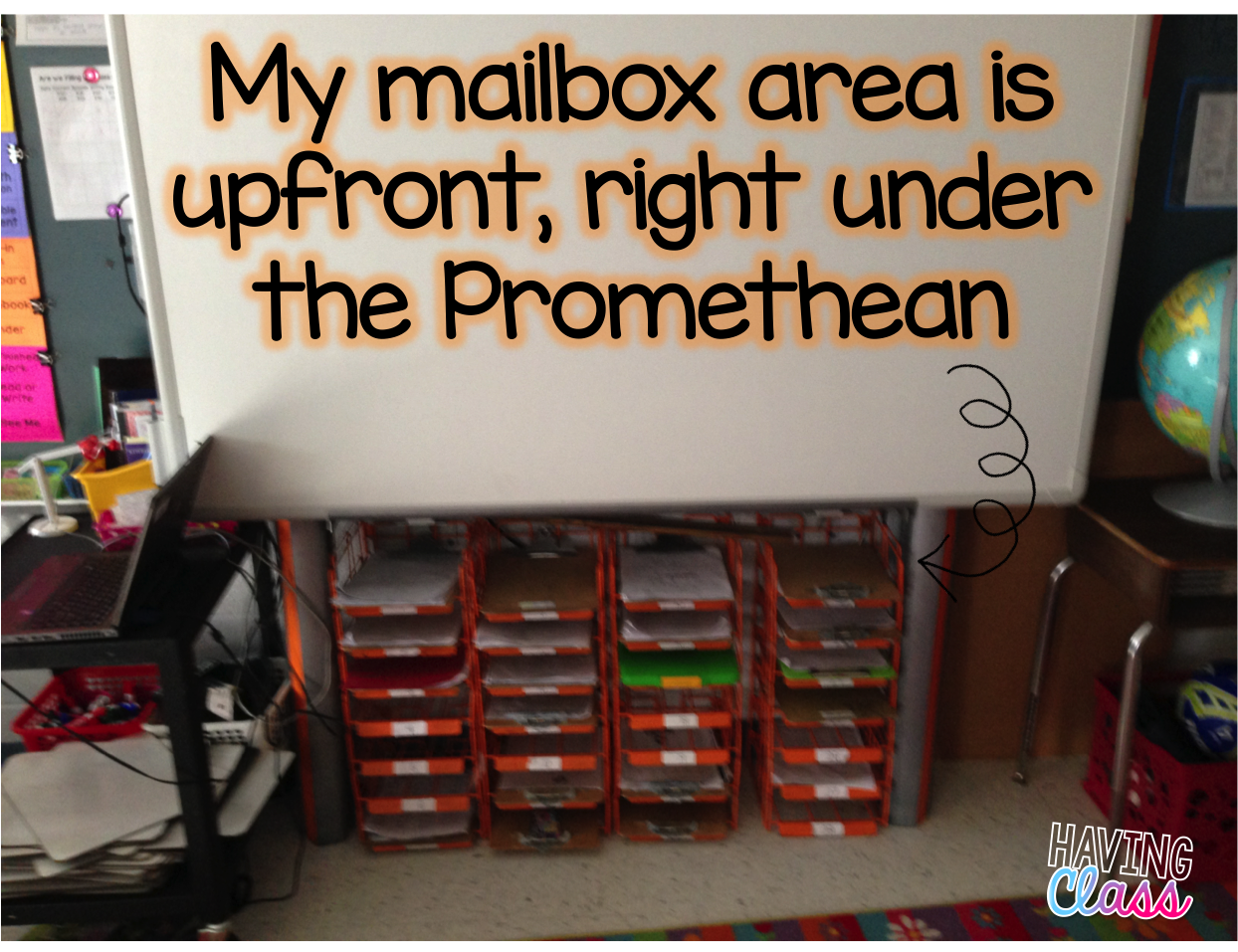 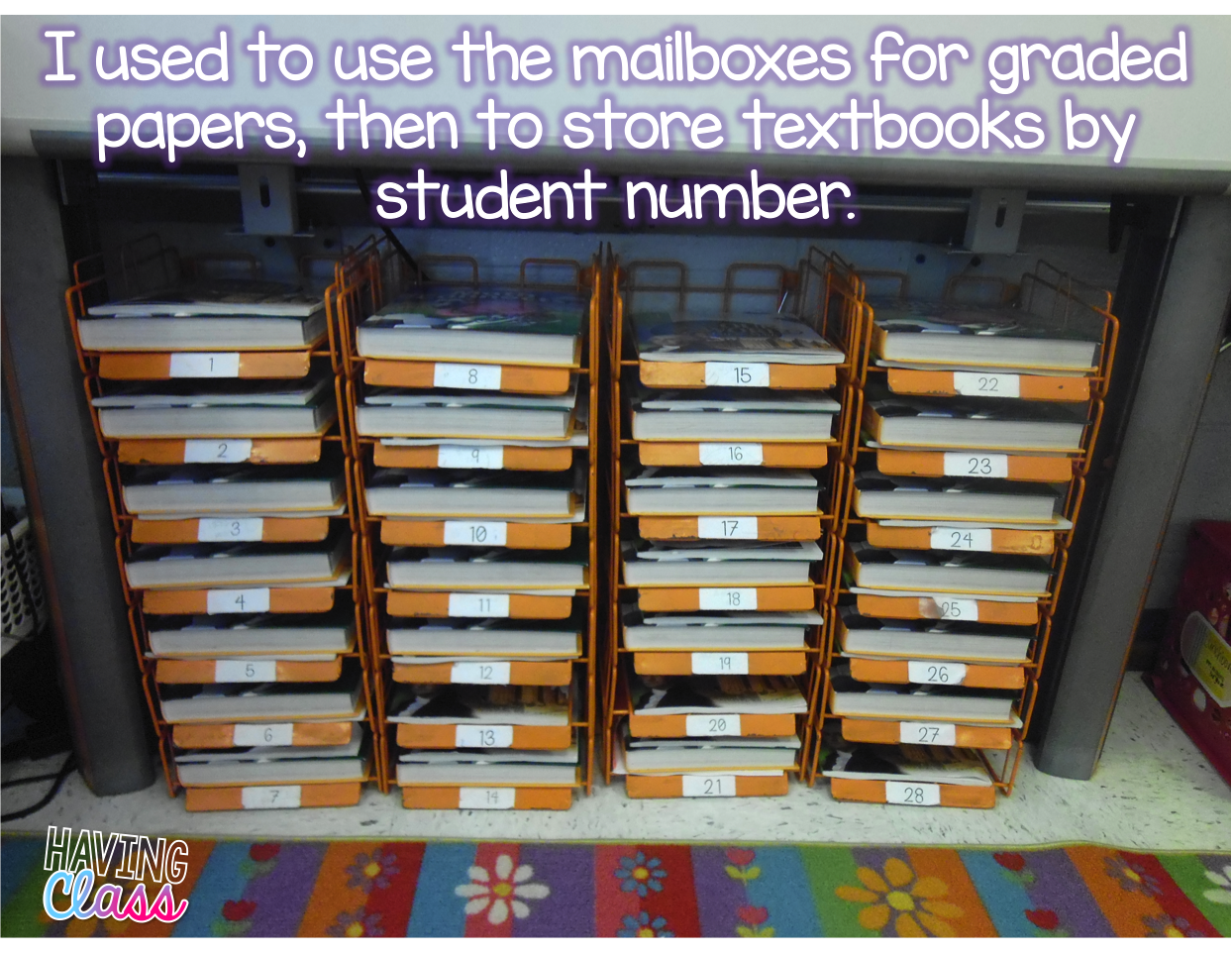 I also issue tickets for missing work that they keep by their number in a pocket chart. They have to finish the work and staple the ticket to it before they can have free time. It’s really easy for both the students and myself to see who has work due. 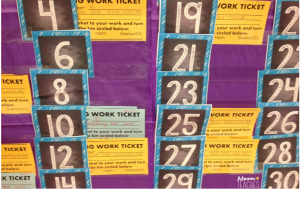 Talk to you soon, 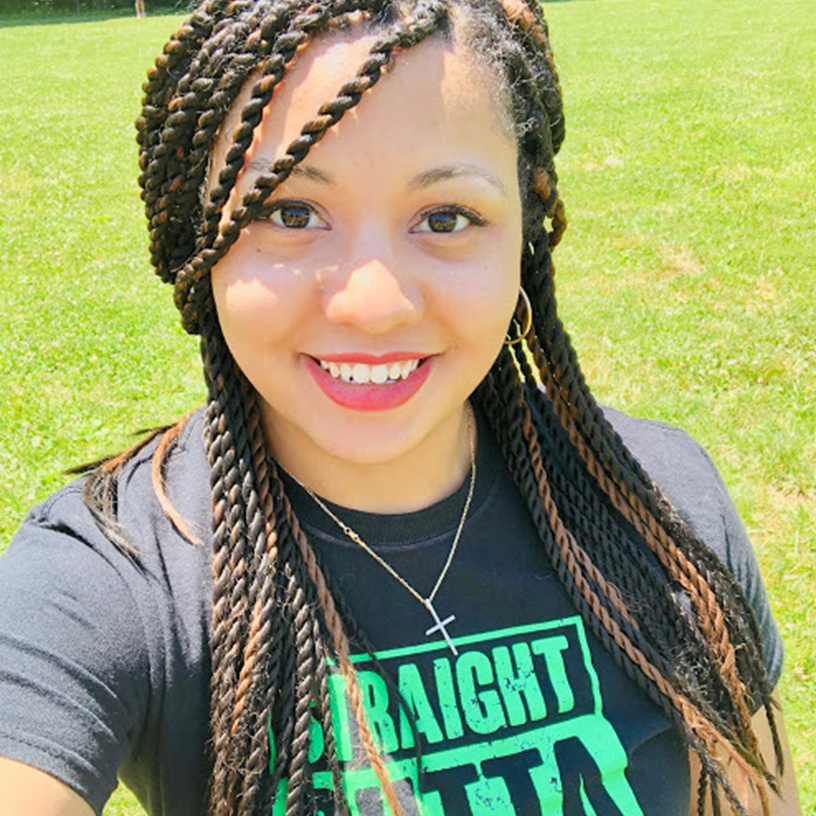